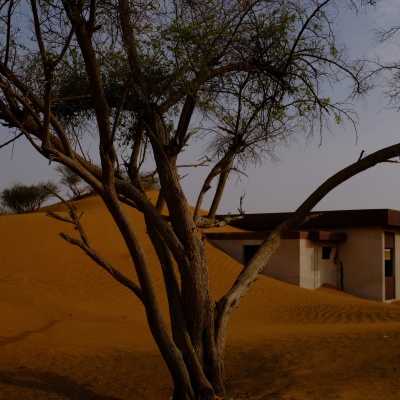 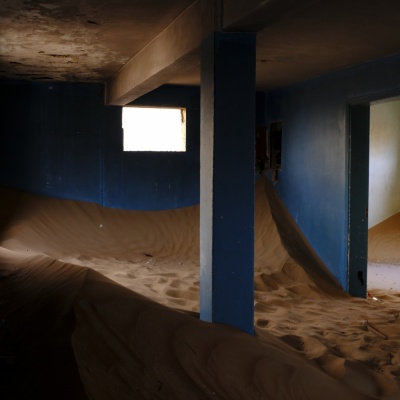 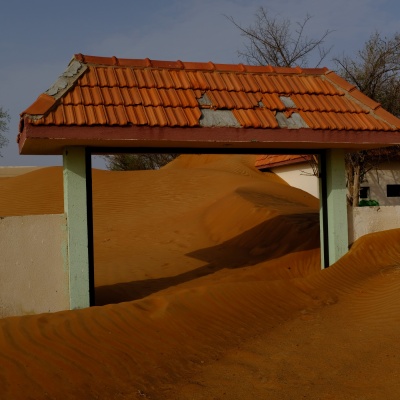 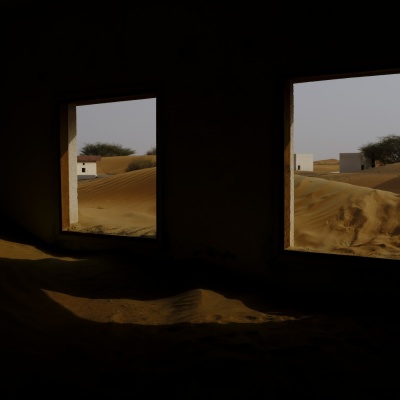 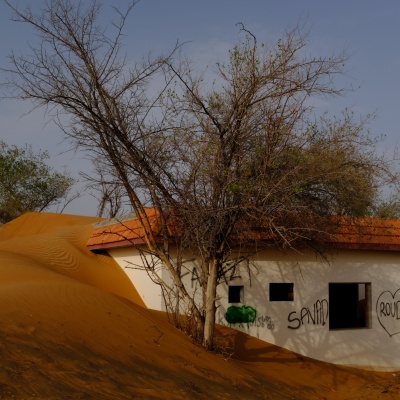 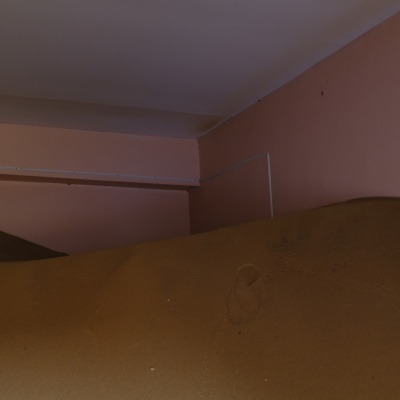 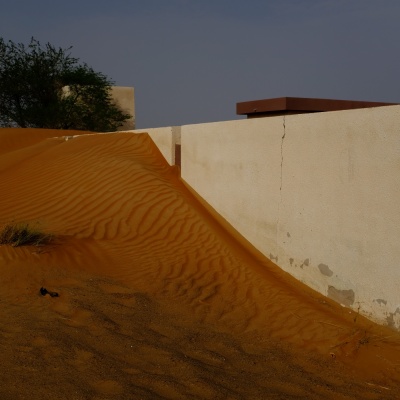 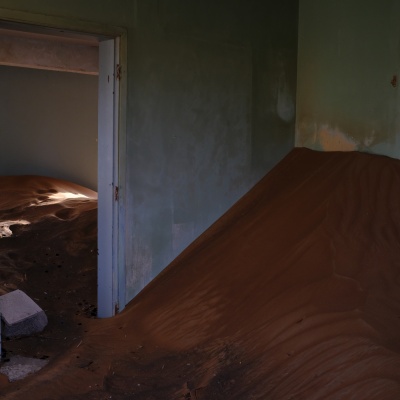 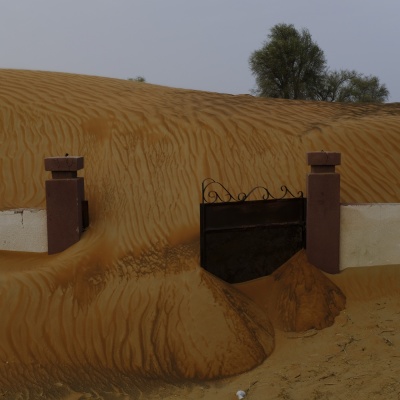 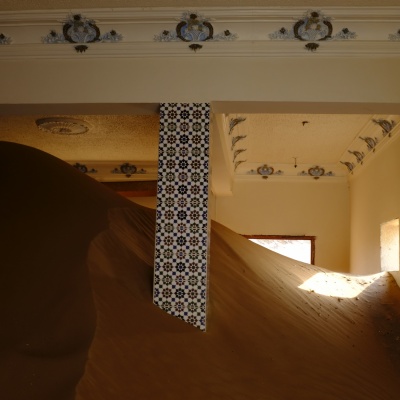 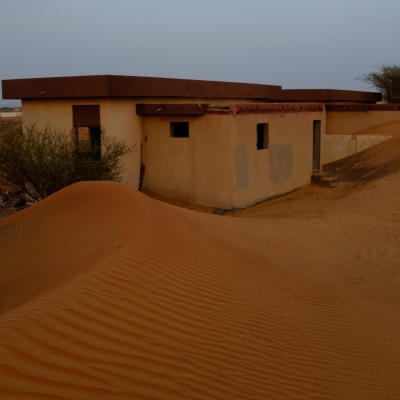 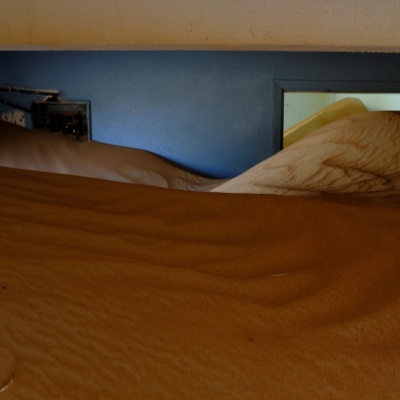 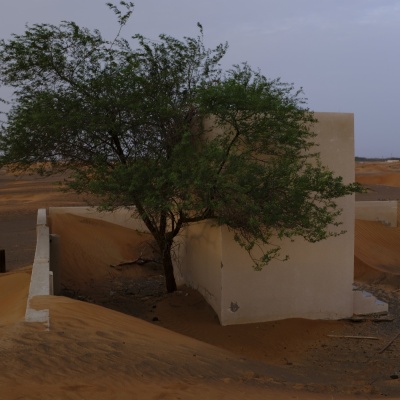 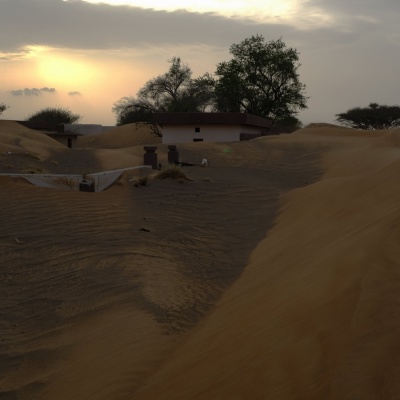 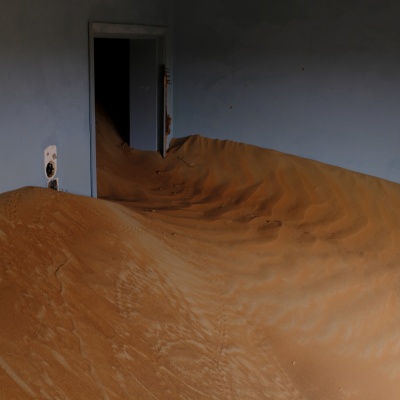 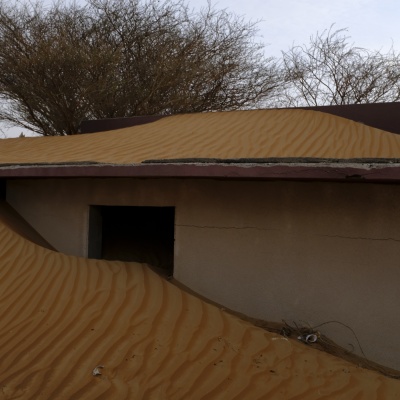 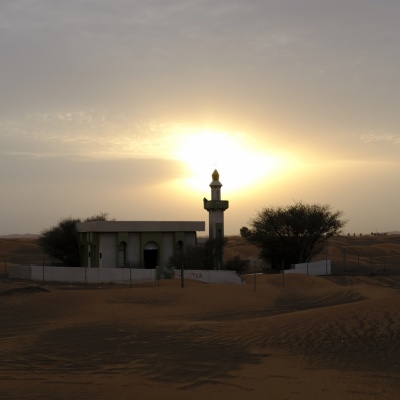 ﻿   Just 25 kilometers from the megalopolis of Dubai, in the Emirate of Sharjah, gateway to the Arabian desert, stretches a landscape of sand and dunes, however the first thing that catches your attention is a small abandoned " ghost " village. A relic of the past, built in the 1970s by the Al Kutbi tribe, the village consists of two rows of houses and a mosque among the surrounding sand dunes.

No one is exactly sure why the village, which is slowly being consumed by sand, was abandoned so short, after it was built. Locals believe the village is haunted by spirits that drove the village away. The inspiration behind genies, djinns are supernatural creatures that are made of air and fire. This legend has persisted in the years since the village was abandoned. But it may have been the encroaching desert and sandstorms that caused the village to flee.