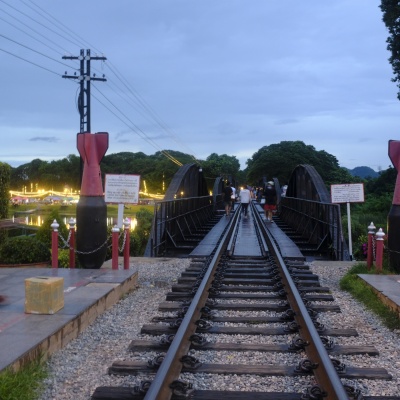 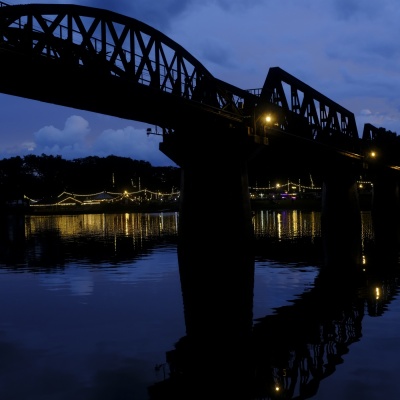 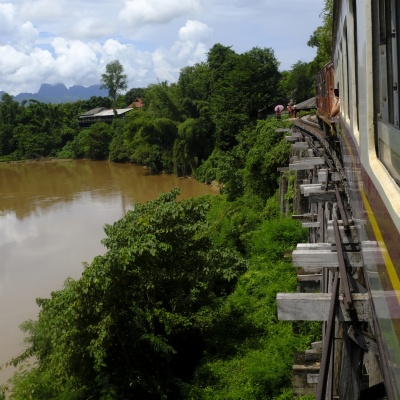 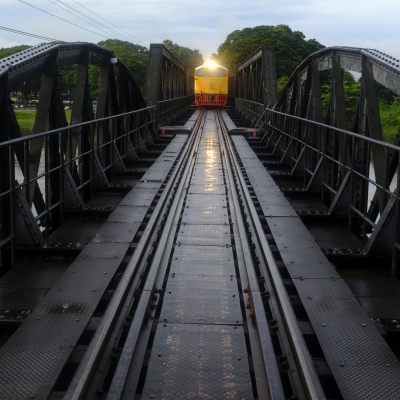 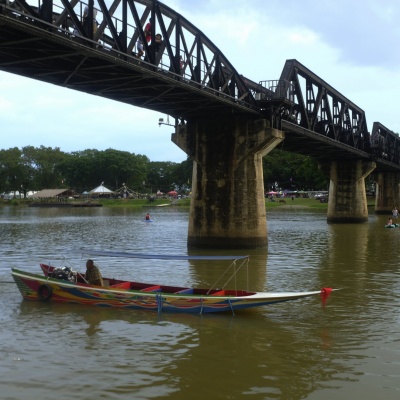 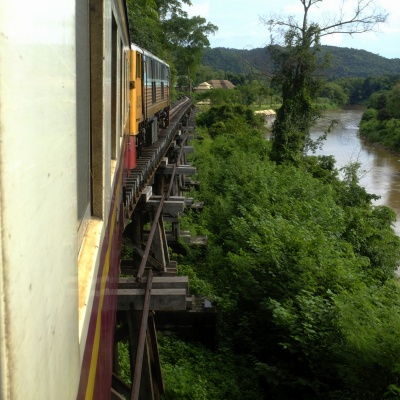 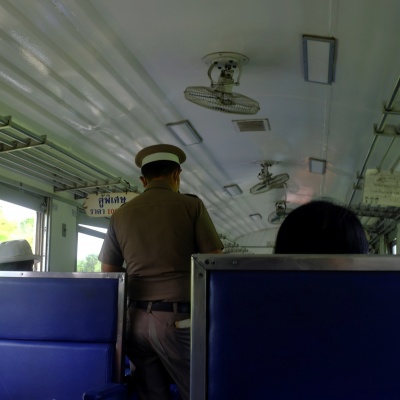 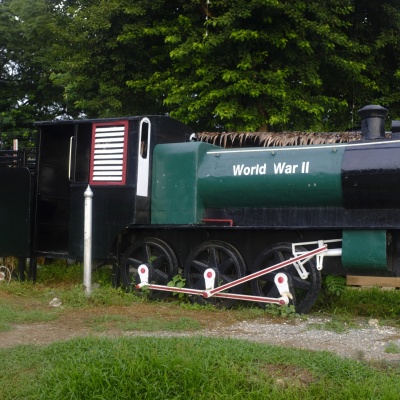 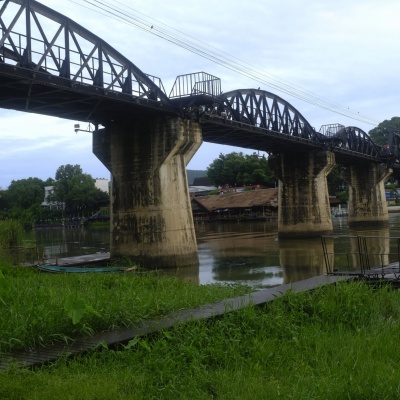 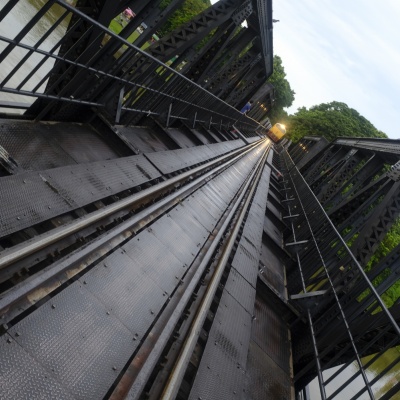 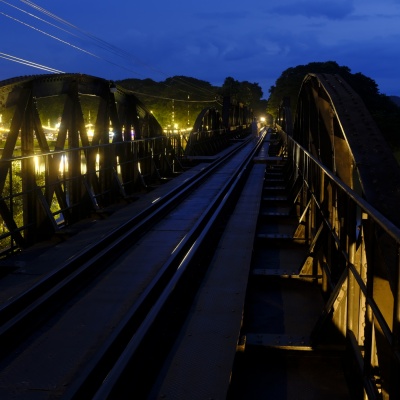 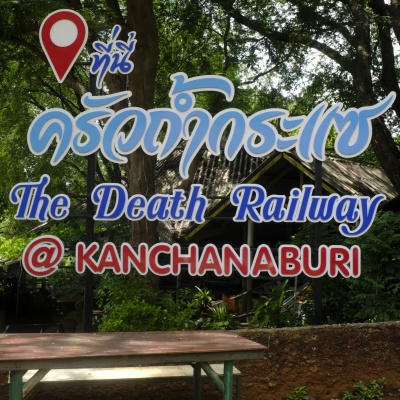 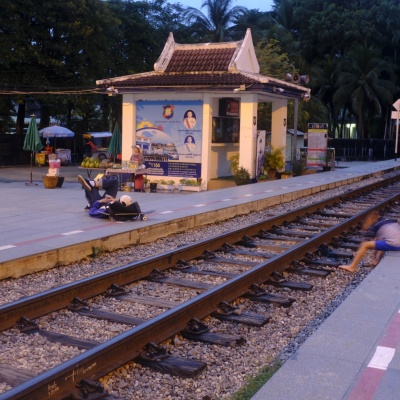 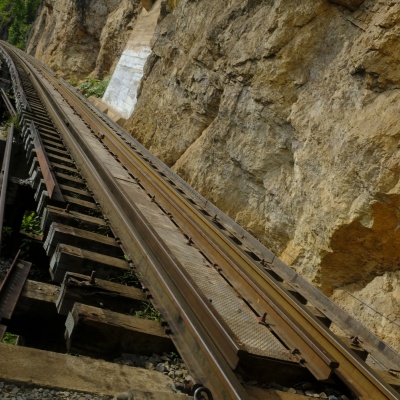 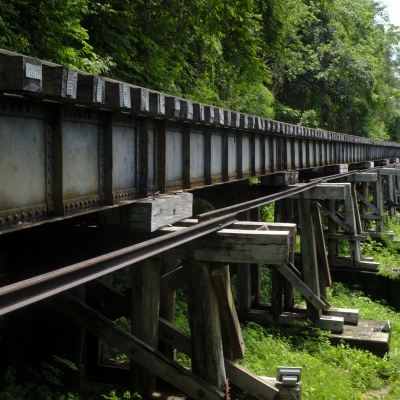 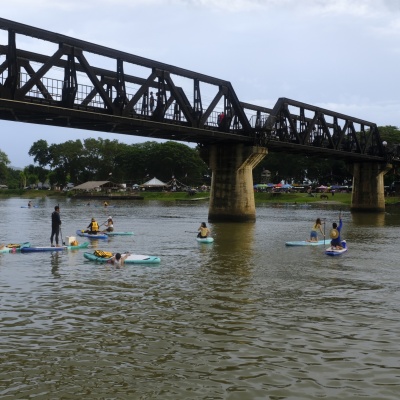 ﻿   A railway route between Burma and Siam, crossing Three Pagodas Pass and following the valley of the Khwae Noi river in Thailand had been surveyed by the British government of Burma as early as 1885, but the propose course of the line-through hilly jungle terrain divided by may rivers-was considered too difficult to undertake.

Death Railway is a 415 kilometers railway between Ban Pong, Thailand and Thanbyuzayat, Myanmar, built by prisoners of war of the Japanese from 1940-1944 to supply troops and weapons in the Burma campaign of World War II. This railway completed the rail link between Bangkok, Thailand and Rangoon, Burma.

The Thai portion of the railway continues to exist, with three trains crossing the original bridge twice daily bound from Bangkok to the current terminus at Nam Tok. Most of the Burmese portion of the railroad { the spur from the Thai border that connects to the Burma main line to Moulmein } fell into disrepair decades ago and has not seen service since.

THE BRIDGE ON THE RIVER KWAI

One of the most notable portions of the entire railway line is Bridge 277, the so-called " Bridge on the River Kwai ", which was built over a stretch of the river that was then known as part of the Mae Klong River. The great part of the Thai section of the rivers route followed the valley of the Khwae Noi River { khwne " stream, river " or " tributary " noi, " small ". Khwae was frequently mispronounced by non-Thai speakers as kwai, or " buffalo " in Thai }. This gave rise to the name of " River Kwai " in English. In 1960, because of discrepancies between facts and fiction, the portion of the Mae Klong which passes under the bridge was renamed The Khwae Yai in Thai language, in English " big tributary ".

A first wooden railroad bridge over the Khwae Yai was finished in February 1943, which was soon accompanied by a more modern ferro-concrete bridge in June 1943, with both bridge running in a NNE-SSW direction across the river. The newer steel and concrete bridge was made up of eleven curved-truss bridge spans which the Japanese builders brought over from Java in the Dutch East Indies in 1942. This is the bridge that still remains today.

Death railway is an ongoing project.